The writer, a Los Angeles freelancer who grew up in Oak Park, has written for Newsweek, the LA Herald Examiner and Men's Journal and co-founded the band Was (Not Was). 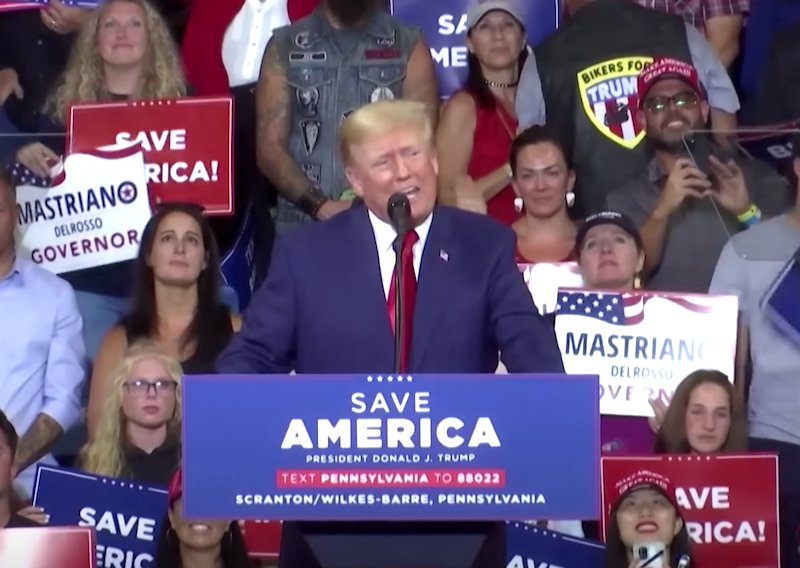 No wonder my blood pressure pills don’t work. All week long, I knew I would dispense with two precious hours of the Labor Day weekend tuned into the first Donald Trump rally since he was accused of running a Top Secret Souvenir Shop out of his Palm Beach, Florida home. Kim Jong Un love letters, phony Time magazine covers and salacious details of Emmanuel Macron’s “naughty” sex life – as if one would expect anything less out of a proper French politician! Macron a mack? Quelle surprise!

I’d like to say that I watch a Trump rally so the rest of you needn’t – but that would be a lie. I flop myself on the couch with a cocktail and cashews at arm’s length, prepared to be disgusted and depressed, but more than anything amused beyond measure. I’ve always felt that politicians only differed from comedians in that they did “serious” material delivered with a straight face instead of a sardonic smile. But our beloved curio-salesman-in chief is a lethal variant/hybrid of the genre that reportedly came out of a biohazard lab in Queens, not Wuhan. Call him Donald Dangerfield.

With no “disrespect” intended for Rodney, who invited derision and pity for the woeful state of his family life, sex life, body image – you name it. These Dangerfield lines are fitting for The Orange One: “My psychiatrist told me I was crazy and I said I wanted a second opinion,” went one such pearl. “He said okay, you’re ugly too.” “I drink too much,” he often confessed. “The last time I gave a urine sample it had an olive in it.” On and on it went, an avalanche of pithy and self-lacerating punchlines. One more? “I could tell my parents hated me. My bath toys were a toaster and a radio.” 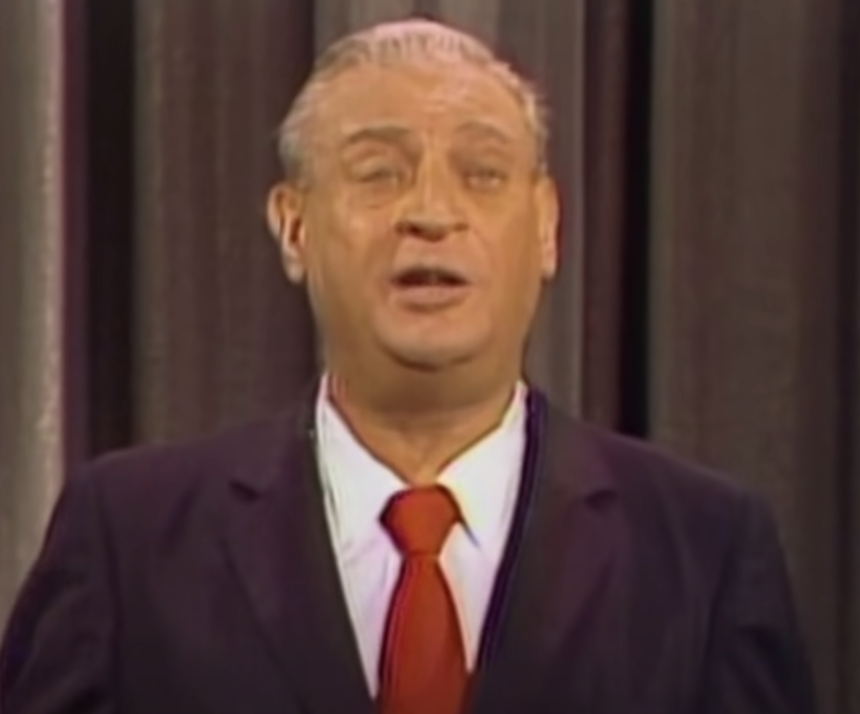 And now the golden hour had arrived! It was time for fascist funnyman Charlie Callous to take the stage in Wilkes-Barre Township, Pennsylvania. “I’m thrilled to be back in this incredible Commonwealth with the thousands of proud hardworking American patriots that I have gotten to know so well,” Trump growled, starting with a flattering micro-lie. As if any working person in the crowd was seen as anything but a lowly peon or potential chump.

Not laughing yet? Just wait.

“The FBI and the Justice Department have become vicious monsters. They rifled through the First lady’s closet drawers and everything else,” he said with mock shock and awe, “and even did a deep and ugly search of the room of my 16-year-old son….they’re trying to silence me and more importantly, they’re trying to silence you! The evil and malice of this demented persecution of you and me should be obvious to all entities.”

Take a moment to digest that last joke, because it’s Emmy-worthy brilliant. First off, by “raiding” that garish, gold-leaf Grey Gardens in search of state secrets being handed out like canapes or party favors, the government was well within its rights. But Donnie Dangerfield characterizes their behavior with adjectives usually reserved to describe Wes Craven movies: vicious monsters, deep and ugly, evil and malicious and demented! Obvious to all entities? Does that include wraiths, demons, poltergeists? More popcorn, please! This guy’s a scream!

Of course, we don’t need the armchair analysis that niece Mary Trump offers so tersely and poignantly to know that Don-gerfield is a past master of projection, of taking whichever of the seven deadly sins he’s currently accused of and holding up a vanity mirror (the narcissist’s preferred model) to accuse the accusers who would deign to impugn his sterling character. Obviously not a master of rhetoric, all this fatuous schoolyard bully can offer by way of a defense is the hackneyed “I know you are, but what am I?” retort favored by tongue-tied Little Men everywhere.

And you don’t think these acrid jokes are getting over with the yahoos in the cheap seats? They’re having a rollicking good time chanting “USA” at the slightest provocation (still not sure what that’s meant to signify), or demanding that Hillary Clinton be locked up. “It was not just my home that was raided last month. It was the hopes and dreams of every citizen who I’ve been fighting for since the moment I came down the golden escalator in 2015, wanting to represent the people.”

Wow. Who needs a tank of nitrous oxide when you’re in the presence of true comic genius? He came down a “golden” escalator in his zeal to champion the cause of all the little people? Wasn’t he also sporting a Rolex watch and smoking a Cohiba, wearing a ketchup-stained bespoke suit and a Chinese-made Trump tie? Yep, he’s a regular Jimmy Carter -- one of us, by golly, a real sultan-of-the-earth guy.

But wait, there are more choice chuckles where those come from – we haven’t gotten to the Don Rickles-style insult material yet! Let the name-calling begin!

“So when they lost, Hillary Clinton and her people, guys like Adam “Shifty” Schiff – watermelon head! Watermelon head, he’s a watermelon head, but no dummy.” Talk about damning with faint praise. Schiff is no dummy – this according to the man who passed the senility test with flying colors -- but his skull is shaped like a large gourd. An ordinary comedian would only use such an epithet once for maximal effect – but not President Carrot Top, who went with the gutbuster three times in five seconds, a land-speed record like you’ve never seen before!

How do you follow up killer material like Watermelon Head? With an involuntary confession that holds more truth than anything this prevaricating pumpkin head (my apologies) has ever uttered: “Perhaps most importantly, we are a nation that is no longer respected or listened to around the world. We are a nation that in many ways has become a joke.”

A joke like you've never heard before! And what benighted future lays in wait for the once and forever Comedian in Chief? After being banned from running for office following an obstruction conviction, his old buddy Steve Wynn will offer him a residency in Vegas in a kustom-built theater called Donald’s Komedy Kingdom. Stormy Daniels will come out of retirement to open for the laugh-a-minuteman.

And when he delivers his final punchline, he’ll be buried on the golf course next to poor Ivana, consigned to a water-hazard adjacent crypt as yet another inventive tax dodge. If it wasn’t all so tragic, I’d be laughing like a hyena. More nitrous, please!!